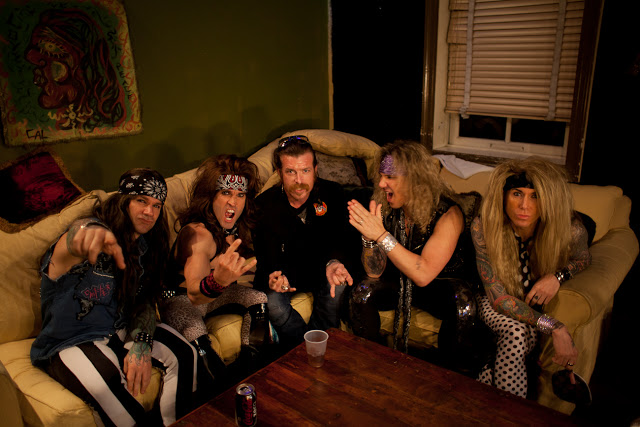 Check out the “On The Road” videos of Vice and Marshall Headphones.
Presented by Jesse Hughes (Eagles of Death Metal frontman) and Tim Harrington (Les Savy Fay)

It’s Episode 6 of Marshall Headphones: On The Road, and the next stop is Rancho de la Luna, the spiritual home of the desert rock scene. Rancho is a recording studio where the likes of Arctic Monkeys, UNKLE and PJ Harvey have come to try to recreate the spirit of the original desert bands. After a jam session with his fellow Eagles of Death Metal man, Dave Catchings, and his girlfriend, acclaimed adult film star Tuesday Cross, Jesse persuades them to play a live show at a party in the desert.