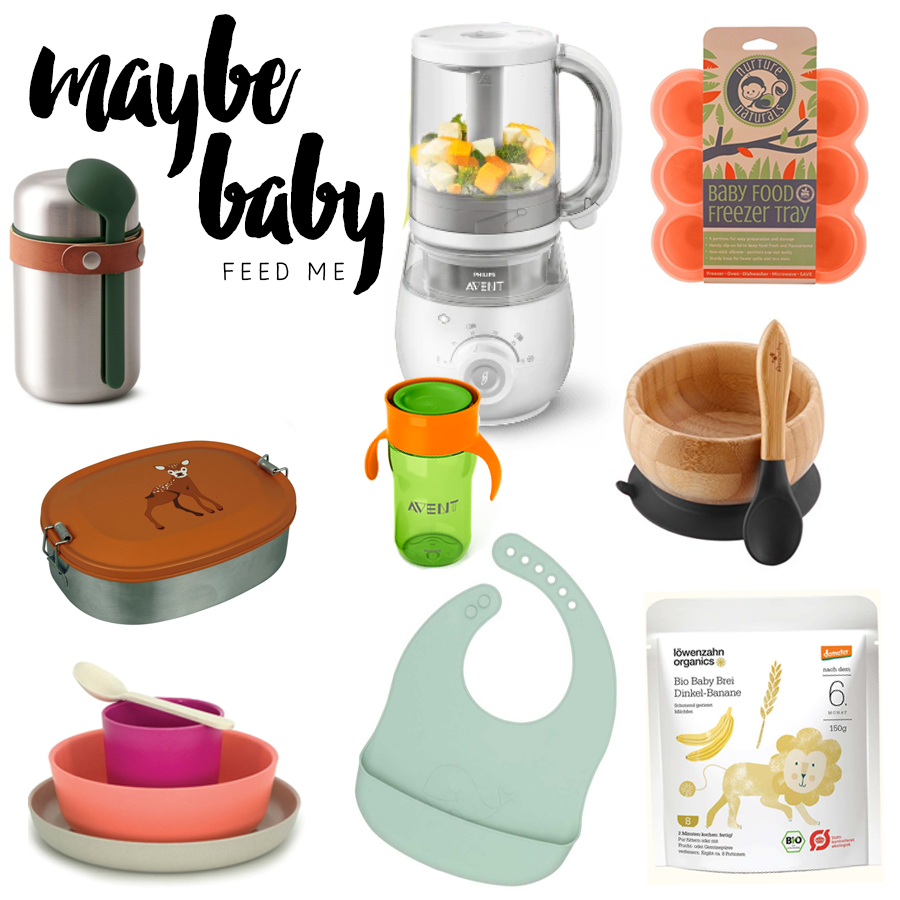 Wow – it took me some time to manage this baby food thing. Cooking and mixing, freezing and to-go-ready! How exhausting… breastfeeding is so much easier, but right after we got back from Australia we started with purees… I won’t write down what kind of food is the best to start with and what you should add/use or not! But I will tell you about some little helpers we used in the baby kitchen!

4 in 1 Baby Food Mixer from Philips Avent – Game changer, if you don’t own a microwave, are too lazy for hot-water-bath-warming-up | Drinking Mug via Philips Avent | löwenzahn organics| Bib by Lille Vilde via Kleines Karussell | Bamboo Plate by Avanchy via amazon | Freezing Container by Nurture Naturals via amazon | Thermo Flask by by Black & Blum via Green your life | Kids tableware by ekobo via smallable | Lunch Box by Maureen Van Der Haut Orange via smallable