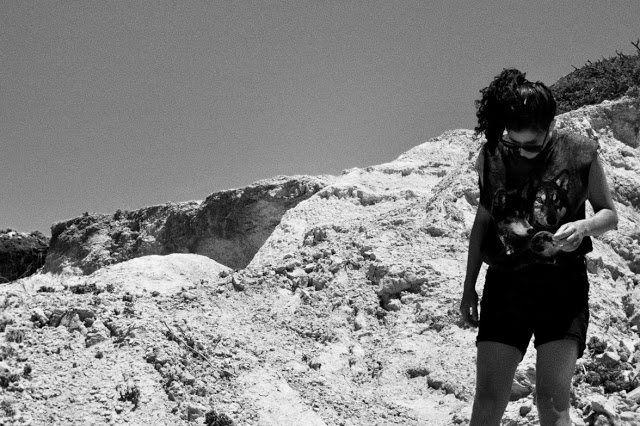 Danielle is an adventuress enthusiast. A trendy version of Pocahontas which mostly attributes to her
Brazilian roots. Born in Curitiba she discovered different cultures and was influenced by foreign
parts of the world at a young age.

Growing up in Munich and starting studies in graphic design and illustration didn’t harm her urge
to travel, but helped her develop the idea of making a living from her creativity and crazy favors
around Snowboarding, Ninja Turles and 90s Grunge.

Fascinated by the colorful magic and simplicity of South American folklore, language and landscapes
she got an eye for both fashion as well as analog photography. She has been interested in drawing ever since she was a child and testifies that it will be always
the passion of her life. When she made her firsts snapshots the story began and made her what she
is today, an graphic designer and illustrator dreaming and living a Gypsy Livestyle in a modern world. Besides studying Danielle is working as a graphic designer for SnowboarderMBM and Skiing magazine
and has made several shirt and skateboard deck designs for clients in and around Munich. In between
she keeps working on her webpage artistadegaragem.tumblr.com.
At “The Open Door” running Friday Dec. 7th and Saturday Dec. 8th she will represent her “Going up
the Country” story showing imaginary characters sketches. It will be her first exhibition…but for sure
not her last – that’s if she stops loosing her snapshot cameras!